A Message From Our President

Since my last message in September, the most significant news relating to Iran must be the election of Joe Biden as President of the United States in succession to Donald Trump. Biden has clearly stated his intention to bring the United States back into the JCPOA. While this must be a welcome indication of the direction a new Democrat administration is likely to take, there has been much analysis as to how difficult it may prove to be. Indeed, Biden's own statements on the matter hardly map out a path to an improvement in Iran's relationship with The West.

In September Biden gave CNN an opinion piece (Joe Biden: There's a smarter way to be tough on Iran (opinion) - CNN) in which he described President Trump's unilateral approach to Iran as a failure in its attempt to limit Iran's nuclear development. While Biden remains staunchly opposed to Iran acquiring a nuclear weapon, he does wish to open the door to diplomacy. In the opinion piece, he confirms a willingness to return the USA to JPCOA participation as a starting point for follow-on negotiations, provided Iran returns to strict compliance first. Biden sets out some of the objectives that he would wish to achieve and methods he would employ. These include strengthening and extending the deal's provisions and using 'targeted sanctions' to address the other well-known arguments the US has with Iran. Based on this opinion piece, it is difficult to see what Biden might be prepared to offer the Iranians in return. Yes, he confirms that the US in a new diplomatic campaign would ensure the sanctions would not hinder Iran's fight against Covid 19. But on the surface, there is no indication that in return for compliance with the JCPOA provisions plus concessions on other issues, Iran would be any better off than it was in the period immediately following the implementation of JCPOA.

As members of the Chamber know all too well, the lifting of sanctions in January 2016 by the US, UK and other signatories to the JCPOA did not return Iran to expected levels of trade with the west. Access to dollars remained blocked and Iranians learnt that government lifting of sanctions did not convert into willingness on the part of Banks in Europe and the US to trade with Iran. It is hard to see why the government in Iran would concede yet more ground to return to the limited benefits they obtained prior to Trump's withdrawal from JCPOA.

Responses by Khamenei and Rouhani to Biden's position were reported last week and, while not rejecting a planned return to JCPOA by the USA and indeed seeming to encourage a dialogue, they did rule out an extension of the deal to include issues such as Iran's missile programme and regional operations.

It will be difficult to reach an agreement on a new and improved deal which will be seen, as it must be, as a win - win for both Iran and the USA. There will be a lot of public positioning and private negotiation. Both governments will encounter domestic opposition and entrenched foreign interests. But it is achievable and it is to be hoped the UK will do what it can to help achieve it.

On Friday 10th September, Mr Mohsen Baharvand , the recently appointed Ambassador of the Islamic Republic of Iran to the United Kingdom was the guest speaker at a meeting of the British Iranian Chamber of Commerce. 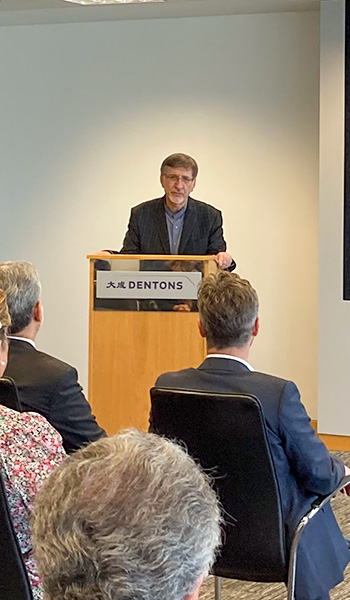 Describing the opportunities and obstacles facing trade between UK and Iran, the Ambassador explained a change in the priority tasks for Iran's Embassies abroad. More emphasis would now be placed on trade with the UK, with particular attention given in the first place to areas generally exempt from sanctions, including agricultural production and livestock care. Baharvand also noted Iran's requirement for the development of green industries, water management and renewable energies, driven by the effects of climate change , particularly In the south of the country.

However, he pointed out that these essential sectors were still being held back by the British clearing banks and their tendency to be 'over- compliant' with sanctions. During a meeting at the Foreign Office in London on Wednesday 8 September, Baharvand was assured by officials there that they remained willing to work with the embassy to resolve problems in banking transactions between the two countries.

BICC requires all Members, as a term of Membership, to observe applicable UN and UK sanctions and recommends that they take account of US and other sanctions law where it might affect them directly or indirectly.

BICC is able to provide understanding of the sanctions and help in compliance.

For a comprehensive view on this subject, please go to our trade restrictions page. 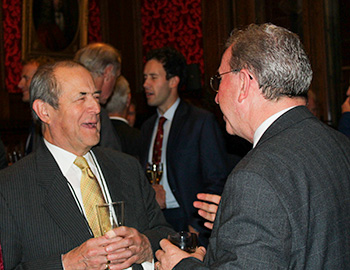 Some of our members have recently encountered difficulties in applying for Visas to visit Iran or to bring potential or existing Iranian customers to the UK.

We would remind members that BICC can support applications for bona fide business visitors by supplying a letter of support which may be submitted along with other relevant documentation at the time of application. We cannot guarantee that the application will necessarily be granted, but a supporting letter from BICC can help. Members who wish to take advantage of this service are advised to contact BICC giving maximum notice in advance of the application.

This service is only available to members of BICC.

BICC also works with our partner organisation in Tehran, the Irano-British Chamber of Commerce, to support members of that organisation planning to come to the UK on bona fide business visits. 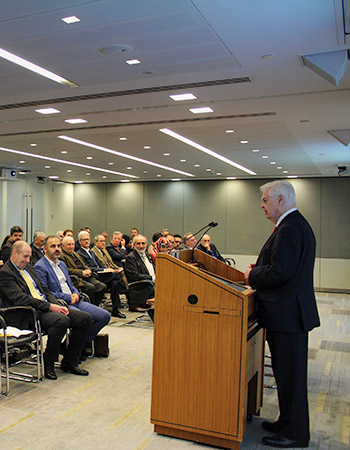 ADVICE AND SUPPORT FROM BICC